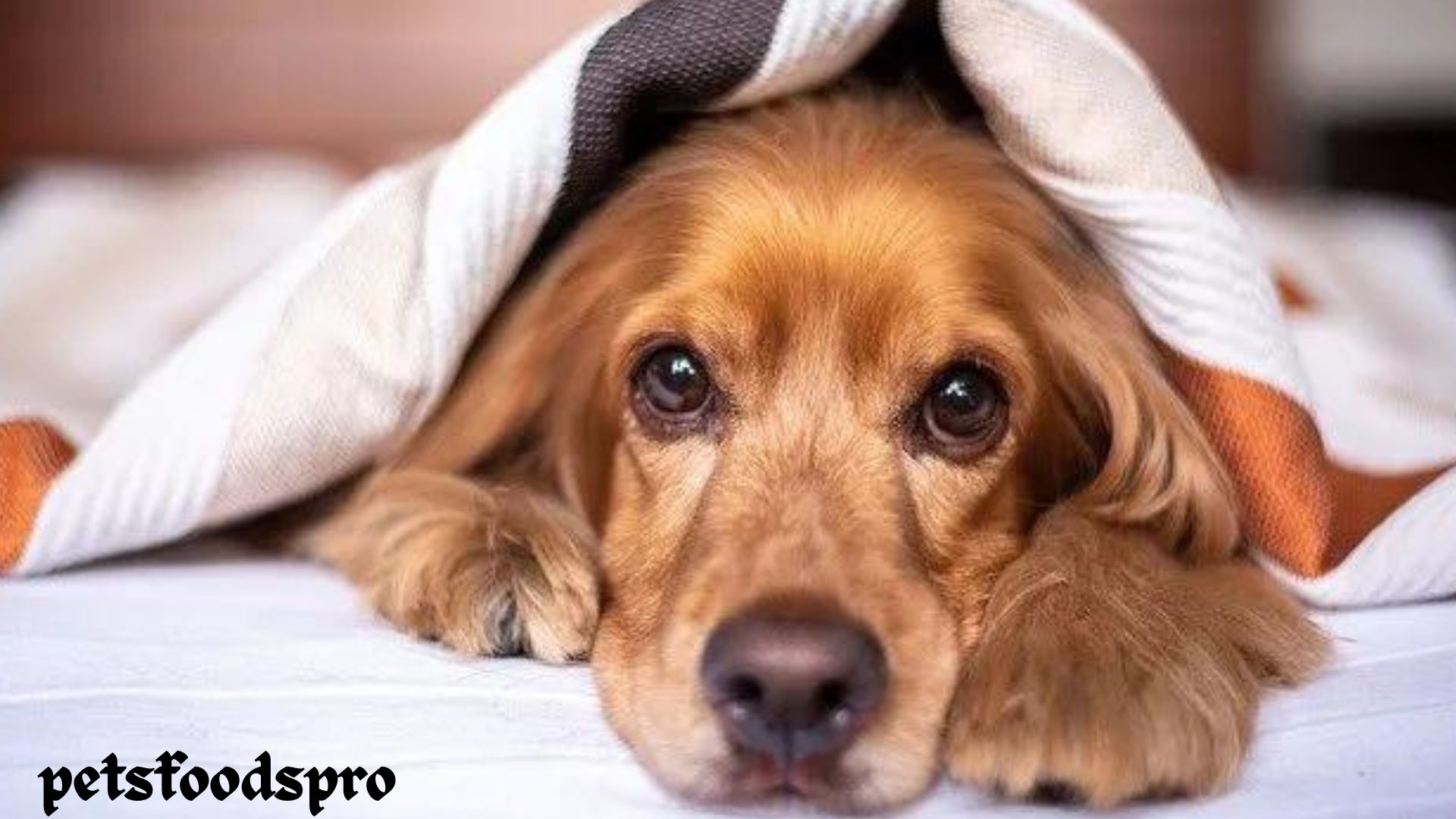 Why Does My Dog Drag His Blanket Around? Dogs are known for being loyal companions, and many of them become particularly attached to one item in their home. For some dogs, that might be a favorite toy or chew bone.

But for many others, it’s a beloved blanket or sheet. Why do dogs become so attached to these items? When your dog drags around his blanket, what can you do?

Dogs drag their blankets around for a variety of reasons. Some dogs do it to make a comfortable bed, while others do it to claim their territory.

It could also be that your dog is nesting or hunting, imitating other dogs, or simply looking for something to do. Whatever the reason, it’s important to understand that this behavior is normal for dogs and there’s no need to be concerned.

Another reason why dogs drag their blankets around is to claim their territory. Seeing a blanket as part of their territory, dogs have a strong instinct to protect their homes. By dragging it around, they’re marking their territory and sending a message to other dogs that this is their space.

If you have more than one dog in your home, you may want to consider getting each dog his own blanket to avoid any territorial disputes.

Moving blankets around might seem like a strange way to show dominance, but it could actually be an indication that the dog feels threatened or tries desperately hard on establishing his territory.

If you notice any increase in aggression from your pup after he moves one of these items into place near him then talk with their veterinarian soon!

It could be an indication of discomfort if your dog is constantly rearranging their sleeping blankets or making nests.

Take what he does into account when setting up the bedding area for both of you by providing him with enough space without crowding around too much as well as making sure there are no sharp objects within reach since this will only encourage more adventurous behavior from them while they’re resting!

Dogs That Nest Are Pregnant

A pregnant dog uses her blankets to create a nest before giving birth to her puppies. This instinctive behavior prepares the dog for the birth of her puppies.

If you notice your dog getting ready to give birth by moving her defense mechanism (the blanket), don’t stop! Just be aware of which places she likes best because these will most likely become important once again after giving birth.

Prey was hunted in tunnels by smaller dogs

Dachshunds are known for their hunting instincts, which is why they were bred to hunt prey that lives in underground tunnels. This leads them to have an instinctive desire of dragging blankets around and making small spaces resembling those from where these meals could be caught.

However it may seem hopeless at first – you’ll need time (and maybe even some snacks) before seeing any progress, but with enough determination anything becomes possible.

Playing with your dog

While most dogs will play with anything, some items are more desirable than others. For example, a blanket might be seen by your pup as just another piece of fabric but if he can’t get enough chewing on it then there could potentially be something wrong.

It’s important to note that not all breeds have this behavior so you’ll want to do research before deciding what type may suit her best or whether an individual toy is better suited for interactive purposes instead (like tug-of contests).

The dog you own is imitating another dog

The dog is social and loves to imitate other dogs. If you have more than one, maybe he started dragging his blanket around because another pup did it too.

Try discouraging this behavior by using a “No Command” on the imitator (the one who does not want/need an extra toy) as well as telling him nice things when proud of himself for stopping whatever action caused frustration – like taking his own initiative in learning how not be naughty anymore.

Doing it is the only thing to do

To stay healthy and happy, dogs need mental and physical stimulation.   If you’re noticing that your dog has started dragging his blanket around the house as though he was bored all day long then it might be time for some new activities on their list of things to do.

! Give them treats after every walk or playtime; provide plenty of toys from which they can choose one at will (or make sure there are always several available); exercise regularly by taking short walks together each morning before work starts.

Sleeping in another place would be better for your dog

My dog had an instinct to find a safe space at night. He would move his blanket and bed from against the wall, creating 3 sides of protection for himself with just one layer between him and any potential danger or predator in our home’s surroundings – luckily it never hurt anything.

When we realized what he was doing (dragging around blankets), there were no more problems because once everything found its perfect spot again; we all enjoyed peaceful sleep.

Having a scavenging instinct

As wolves did in the wild, some dogs like to bury their food and toys. While your pup may not be quite so scavenger-like after all these centuries spent living with humans who feed him from bowls on plates instead of hunting for it himself out there somewhere among nature’s elements (or maybe he has finally found his true calling),

There is still something satisfying about watching him dig up that old tattered blanket you’ve had since childhood–now both covered in dirt but also holding onto its original shape thanks only mostly due to some clever sewing skills by someone else!

Do I have a problem with my dog dragging his blanket?

Moving around their blankets is a common dog behavior that many dogs do for fun or to protect something they value. There’s no need to worry if your pup moves all of the time;

It doesn’t hurt anything and he won’t unless accidentally damages things such as scratching at the floor beneath a blanket with teeth while searching for buried food/toys underneath carpets etc.,

But sometimes this type of territoriality can get out handier than you think so keep an eye on how long-lasting these captive moments may be!

Is it possible to prevent my dog from dragging her blanket?

To get your dog to stop dragging her blanky around the house, you’ll need some tips. The first thing is for sure though- identify why they’re doing it!

If it’s just because of fun then try redirecting their attention with a toy or treat; if on the other hand, she’s trying to create a safe space by making an expensive nest under furniture ( territorial behavior) and teach him ways in which he can be less aggressive like obedience training and socialization.

You’ve likely had the experience of getting up in arms with your dog because he wouldn’t stop doing something. You might think about giving him a no-profit escape route, such as clapping hands or stamping one foot when you want him to stay put instead!

Dragging his blanket around may be the cutest thing you have ever seen, but it’s important to keep an eye on your dog and make sure he isn’t doing any damage. If his actions are problematic then use these tips for training purposes!

How can one blanket be so important to my dog?

The dog becomes obsessed with the blanket, returning again and again to its comforting scent.

When my dog drags his blanket around, should I worry?

Sometimes, we forget what awesome friends our dogs are. As long as they aren’t peeing on their blanket and dragging it around… well I guess there is no harm in them doing that!

The blanket my dog carries serves what purpose?

Some dogs carry their blankets because they feel safe and secure with them close by.