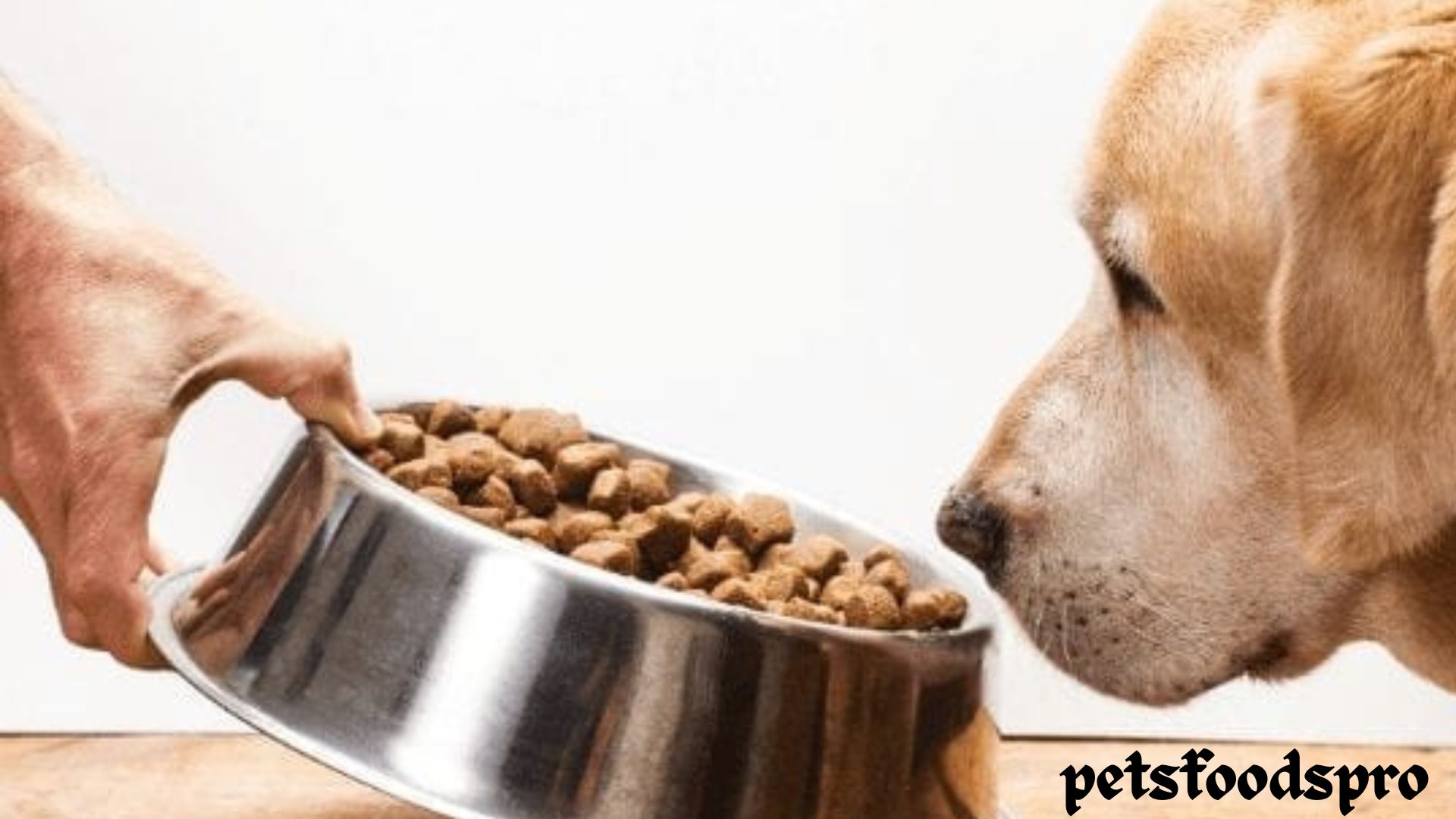 So what’s the deal? Why do dogs hump after they eat? Unfortunately, no definitive answer is available – there are several different theories out there.  One theory suggests that the humping is actually a reflex action – sort of like when your dog might shake their head or scratch themselves after getting something in their eyes.

Another theory suggests that the humping could be related to digestion – perhaps the dog is trying to help move food through the system. Finally, some experts believe that humping could simply be a way for dogs to release stress or energy after eating.

You are not alone if your dog begins humping after eating, no matter what the reason may be! And chances are good that your veterinarian has seen this behavior before and can offer some tips on how to deal with it. So don’t worry – your pup isn’t doing anything wrong, and you can rest assured knowing that he’s probably just doing what comes naturally to him!

Step: 1 An energy burst for your dog

Food is a favorite pastime of dogs. A tiny piece of their favorite treat can get them excited and riled up in no time! This sudden burst of energy may cause them to hump something nearby – it’s sort of like giving a kid candy and then they go running around with all that sugar coursing through their system.

Other signs that your dog has gotten a surge of energy from their meal include things like the “zoomies.” Zoomies (also called Frenetic Random Activity Periods or FRAPs) is when dogs suddenly start running and spinning around with seemingly limitless energy. During a zoomie session, your dog might also roll on the floor or carpet.

So if you see your dog humping something after they’ve eaten, it’s likely just a case of them trying to burn off some extra energy. However, if the humping becomes excessive or starts to interfere with your dog’s normal activities, it might be worth checking in with your veterinarian to rule out any possible medical causes.

It’s believed that one of the reasons dogs hump after eating is because they have too much energy and nowhere to release it. When a dog doesn’t have an outlet for their excess energy, they might start to act out in destructive ways – like humping furniture or destroying toys.

There are a few things you can do to help your dog burn off excess energy if he hump after eating. Providing your dog with toys – especially if they’re in a crate – can help them release some of that energy in a constructive way. You can also take them on longer walks or playdates to help tire them out.

Ultimately, if your dog is humping after eating, it’s important to consult with a veterinarian to rule out any medical causes. But if it seems like excess energy is to blame, there are steps you can take to help your dog stay calm and relaxed.

Just like humans, dogs need an outlet to let their canine side shine. Like human brains are active and require stimulation in order for a person’s happiness; so too does the brain of our four-legged friends.

Your dog might be humping to stimulate its brain, but you can help them stay active by taking your pup out on some new adventures once in a while and inhaling all the smells around. If they aren’t into playing with toys (or any other type of play), there are plenty of ways that will keep their minds busy without requiring physical activity!

Your dog might hump you after eating because they want to get your attention. They act a lot like kids in the sense that if get and have our full scrutiny all day long, but sometimes it’s just hard when we have busy schedules with work or school (or both).

But there are ways around this! You could take one of two dogs on daily runs while making sure another gets some quality time from you during those same hours – maybe even going for an evening walk together after dinner?

You may think that your dog is simply trying to get attention, but it could also be an indication of frustration. Rottweilers can have issues when they’re not getting enough exercise or if their human companions are away for long periods on business trips- so any unusual behavior from this breed should always receive concern.

A humping motion with big dogs like mine means I’m bored and need some fun right now – don’t worry about what he’s doing; just give me something new.

Step: 5 More food is needed for your dog

Dogs are motivated by food for a variety of reasons – sometimes they’re actually hungry, and other times they just love the taste of their favorite treats. If your dog is humping after eating, it’s likely that they’re either looking for more food or just trying to get your attention.

If you’re concerned that your dog may be hungry, it’s always best to consult with a vet or animal nutritionist to make sure that they’re getting the right amount of food. However, if your dog is just looking for some extra attention, try spending some time playing with them or giving them a special treat. Either way, your furry friend will be sure to appreciate it!

Step: 6 Anxiety in Your Dog

What’s up, dog? You seem a little nervous lately. According to this article by the American Kennel Club (AKC), some of your favorite things might be making you feel anxious–especially if they’re new or strange sounds like fireworks and loud noises!

Other signs that indicate anxiety in dogs include drooling without any reason at all; panting while standing still or sitting too close for comfort the next time someone invites them over – which could mean one thing: The happy meal is here!

Whatever the reason, if you notice your dog humping after eating, it’s important to pay attention to other signs and behaviors.

If your dog is also showing signs of anxiety – like pacing, panting, or whining – then it’s possible that the humping is a result of anxiety. Finding out what caused your dog to be anxious can help comfort your dog and reduce its stress levels.

Step: 7 The dog is aroused

When a dog humps after eating, it’s often assumed to be a sexual behavior.   The action is often a reflex, however.

One theory suggests that humping is actually a reflexive response to certain stimuli – much like how your dog might shake their head or scratch itself after getting something in its eyes. For example, if a male dog catches the scent of a female dog in heat, it could trigger a humping response.

It’s also worth noting that this behavior is more common in intact (not spayed or neutered) dogs, as they’re more likely to be hormonal and sexually aroused. So if you have an intact male and female dog living in the same house, you may see this behavior more often.

Ultimately, we don’t know for sure why dogs hump after eating. But it’s important to remember that it’s not always a sexual act – sometimes, it’s just a normal part of canine behavior.

Step: 8 Dogs do it out of habit

It’s important to remember that not all dogs will hump after eating – and if your dog does, it doesn’t necessarily mean they’re trying to be obscene.   There is still no clear explanation for why dogs behave this way.

One theory suggests that the humping is actually a reflex action – sort of like when your dog might shake their head or scratch themselves after getting something in their eyes.

If your dog humps after eating, that’s just what they do. One day perhaps we’ll figure out why exactly they do it.  Until then, enjoy watching your furry friend go about their business!

Step: 9 Your behavior encourages it

One theory as to why dogs hump after eating is that the behavior is actually a reflex action. This means that it’s something they do automatically, without really thinking about it. sort of like when your dog might shake their head or scratch themselves after getting something in their eyes.

It’s possible that you may have unknowingly encouraged this behavior in your dog. This can happen if you give them positive reinforcement (such as treats, belly rubs, or even just attention and laughter) after they hump. Your dog may interpret this as you approving of the behavior and thus being motivated to continue doing it.

If you want to stop your dog from humping after eating, one solution is to remove the reinforcement (i.e. stop giving them attention or treats when they do it). This will help them understand that this isn’t something you want them to do.

What causes my dog to hump after eating?

Everyone has seen dogs with the hump they have after eating.   Dogs who hump their owners can annoy us even if their behavior is harmless.  So why do dogs hump after eating?

As far as this question is concerned, there are a few theories that have been proposed.   One theory suggests that the humping is actually a reflex action – sort of like when your dog might shake their head or scratch themselves after getting something in their eyes.

Defeating the humping behavior is possible if you take some steps.     One option is to redirect the behavior to something else, like a toy or a bed.  Your dog may hump after eating if positive reinforcement is used.

Your dog will eventually stop humping after eating with patience and time. But with a little effort, you can hopefully put a stop to this behavior.

How should I handle this behavior?

It is unclear why dogs hump after eating, but there are a few theories. One theory suggests that it is a reflex action, much like when a dog might shake their head or scratch itself after getting something in its eyes.  It is also possible the dog is humping to release excess energy.

It’s important to observe your dog’s behavior to make sure that the humping is not a sign of aggression. If your dog is also growling and biting, this might be an indication that they are trying to show dominance. If you are unsure about your dog’s behavior, it’s always best to ask your veterinarian for advice.

It may seem strange to us, but dogs hump all the time. By understanding why our dogs hump after eating, we can work to better understand and strengthen our relationships with them. Have you ever experienced your dog humping after eating?

Do you know why my dog humps me after dinner?

Your canine is craving some attention after dinner, so they might hump your leg or even something in the house. Anxiety can make dogs want to go potty too and this will require help from you!

What is the effect of neutering on humming in dogs?

Neutering may seem like the solution to all of the humping, but it can’t solve everything. Castration is usually effective at reducing arousal and curbing sexual activity, but if humphing occurs due to behavioral problems or anxiety then neutering won’t do anything.